When I was being trained in the Montessori Method it seemed to me that many people were unwilling to discuss the spiritual impact that her method has on both the child and the adult.  People also seemed unwilling or unable to have a conversation about its depth and implications.  By spirituality I mean to be aware.  To be spiritual is to utilize those inherent qualities that are within all of us.  My perception is that Montessori saw this and wanted to foster it.  I even read that Montessori referred to the child as the little messiah.  The child could teach us so much about ourselves and we as guides would never be the same.  Montessori obviously had a strong faith and relationship with Catholicism.  However, she seemed to use that faith and her relationship with Catholicism to find inherent universal qualities in all of us which could remind us of or make our relationship to God stronger.
I was always interested in the possibility of some relationship that she may have had with Theosophy.  This inquiry always seemed to be perceived by people as a taboo conspiracy.   Yet, I have delved a little further and came to what I think is an interesting conclusion.  Theosophy is about the spiritual hierarchy helping humanity to evolve to a greater so called perfection.  I interpret perfection as a greater union with God or one’s higher self (soul or spirit, tomato, tomatoe) so to speak.  Theosophy says that each religion has a portion of the truth.  It is interesting to me that Montessori was “forced” to stay with prominent members of the Theosophical Society towards the end of her life.  While it is pretty obvious that her work was not necessarily influenced by Theosophy directly, I am left with an interesting thought.  How perfect is it that Montessori ended up there of all places?  Montessori was a religious and Universalist woman with a different “religious” but Universalist group.

I would love to read your comments and thoughts about this!!!
Posted by Matthew Simberg at 9:28 PM 12 comments:

Disclaimer:  Please know that the following post is meant to be simple, yet accurate, and in no way does it do justice to the detail needed to truly understand the whys, what’s, how’s and when’s of the American Public School Educational System.
Is any idea really new?  My purpose here is to hopefully provide some food for thought with a little light-hearted dessert at the end.  Nonetheless, maybe you will find some truth too.

How many people can say they have a good understanding of the history of the American Public School Educational System?  Who knew that there was a culmination of people that were influencing it in the very beginning?  There were even people, both men and women that had similar ideas as Dr. Maria Montessori.  Now, these people did not come up with the how or the depth that she did.  However, there was talk of education being about practical life, parenting classes, experiencing the classroom through the senses, being given the opportunity to explore themselves, nature and more.

Yet, when it came down to it, Horace Mann is considered to be the founding father of the U.S. public school system.  He actually contributed a system that was already being implemented by the Prussians.  Mann brought this concept to Massachusetts in 1852.  In addition to Mann’s contributions, it was extremely influential business and political leaders that saw the importance of creating and supporting a system that we still have today.  Creating factory workers was what was important to the newly industrialized cities.  Think about how a factory is run, and now think about public education in America.   In addition to their other successes, these men found something else to create that has lasted up until the present.  I like to call it the Industrial Revolution Model of Education. 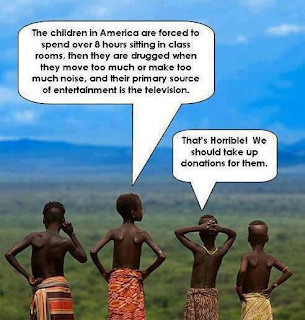 About Matt - Montessori Seeds of Education

Check out our school!